What is the 10 / 20 / Life Statute in Florida regarding Gun Crimes? 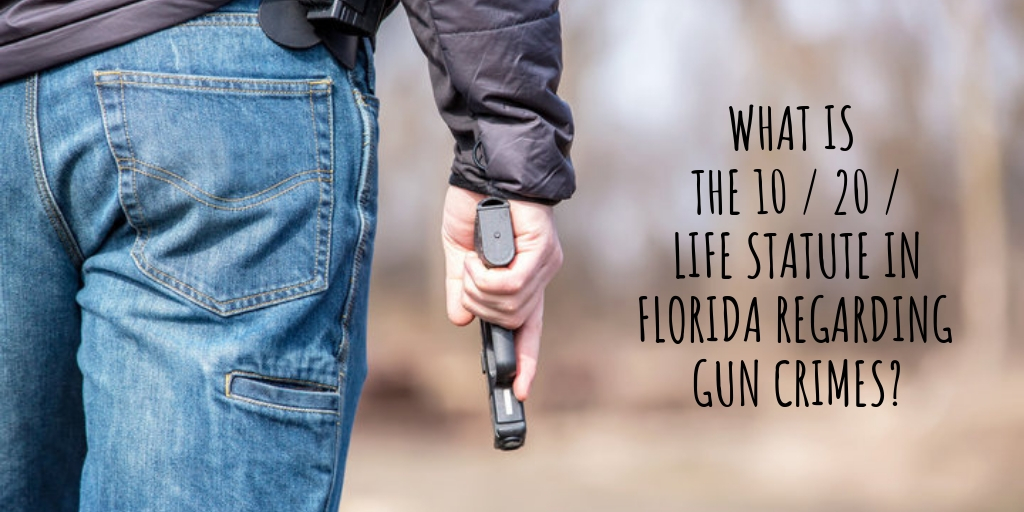 The law’s informal name, 10-20-Life, comes from the three sentences set forth by the statute. According to Florida Statutes Section 776.08, a forcible felony is any involving the threat of or use of physical violence. The following offenses are considered forcible felonies:

Your attorney will be able to tell you how the 10-20-Life law may apply to the charges you are facing.

Before Florida passed its mandatory minimum sentencing law for forcible felonies, the required sentence for cases involving firearms was three years in state prison. The law went into effect July 1, 1999, amending Florida Statute Section 775.087. The next year, it was expanded to cover 16- and 17-year-old juveniles who used firearms in violent crimes, as well as prior offenders. The law requires defendants to receive the maximum allowable sentence, and for those sentences to be completed after any others the offender has to serve. The three sentences are:

Changes to Other Mandatory Minimum Sentences

The law also set forth minimum sentences for drug traffickers. Certain offenses carry a mandatory three-year sentence depending on the substances possessed, the quantity, and whether the substance caused someone’s death. Here, the minimum penalties increase to seven, 15, or 25 years, life, or death. Other changes included:

Federal and state laws provide a few defenses for anyone accused of a violent felony, and it’s important to remember that the prosecutor and the police have the burden of proof. For instance, if you were protecting someone else or yourself during the act, you may be able to claim self-defense. Evidence plays a crucial role; officers must reasonably suspect that a crime is or has been committed in order to apprehend someone. If officers don’t follow the rules, any evidence gathered will likely be excluded in court.

How a Lawyer Can Help

In Florida, 10-20-Life cases often involve disputes over how (or whether) a firearm was used. An experienced criminal attorney may challenge police reports, witness statements, and other proof, depending on your case’s circumstances. If you’re acquitted, if the crime isn’t charged as a violent felony, or if you are found not to have used a firearm, you’re not subject to an enhanced penalty.